The Blacksburg Minors beat the Botetourt Cavaliers 7-2 on Tuesday in a hard fought game of the winner's bracket finals. With the win, the Bruins advance to the State Tournament semi-finals on Wednesday.  Of the four teams left in the tournament, Blacksburg is the only team left without a loss.

Blacksburg started Davis Roberson on the mound and he quickly retired the top of the order with 3 up and 3 down, including one K.

In the top of the 2nd, Botetourt picked up two runs.  A lead off single got things started, and then after an out, two walks loaded the bases.  With one ball on the batter, Cordell Croy came in to pitch in relief.  With the first batter he faced, Croy forced a FC, which yielded Botetourt's first run.  The next batter hit a sharp ground ball and a Bruin infield error gave up the  second run.  Croy caught a short fly ball for the 3rd out to end the inning and end Botetourt's big scoring threat.

In the bottom of the 2nd, Matt Freel and Christian Vance both hit singles, but were left stranded and Blacksburg did not score.

The score would remain 4-2 through the 3rd, 4th and top of the 5th, as both teams displayed great pitching and defense. Both teams made numerous diving plays to steal hits from each other. Wesely McCoy and Davis Roberson both had singles in the 3rd, but were stranded.  The Bruins were 3 up and 3 down in the 4th.

With Croy keeping the Cavaliers in check, Blacksburg broke the game open in the bottom of the 5th.  Luke Goforth drew a leadoff walk, and Ben Freel was HBP.  Cole Epperley then hit a single to score Goforth.  After a Botetourt throwing error after Epperley's hit, Freel advanced to third and then was thrown out at the plate, but Epperley advanced to 2nd base. Wesley McCoy then drew a walk, and Davis Roberson hit a single to score Epperely.  Jacob Lucas then hit a double to score McCoy.  After a ground out and with Roberson on 3rd and Lucas on 2nd, Weaver was HBP to load the bases.  But, all were stranded.

In the top of the 6th, Botetourt led off with only their second hit off of Croy, but were quickly quieted with two FCs and a short pop up.

Cordell Croy pitched 4 and 2/3 innings, and faced only 17 batters, permitting just two hits, striking out two, and allowing no walks.  Of the 14 outs he recorded, only one ball left the infield.

Blacksburg advances to the Semi-finals on Wednesday and plays Bedford East. 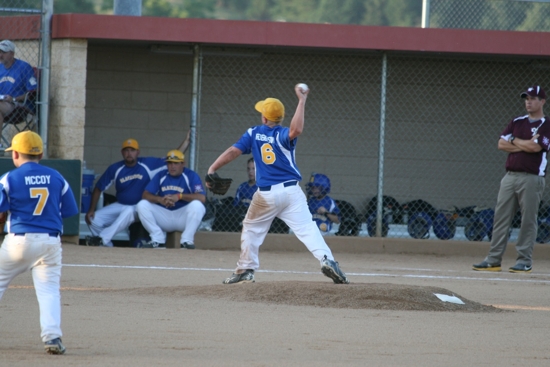 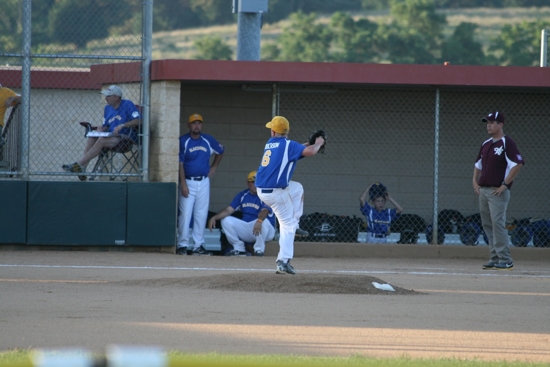 Davis Roberson mows down the top of Botetourt's order 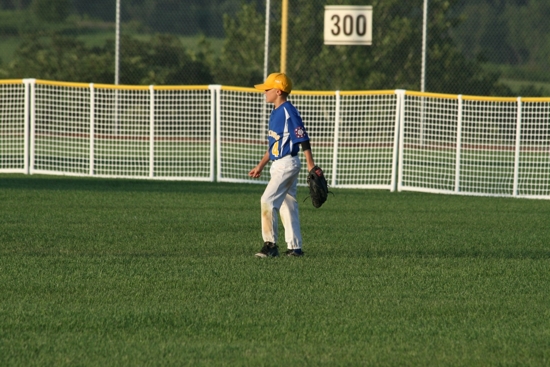 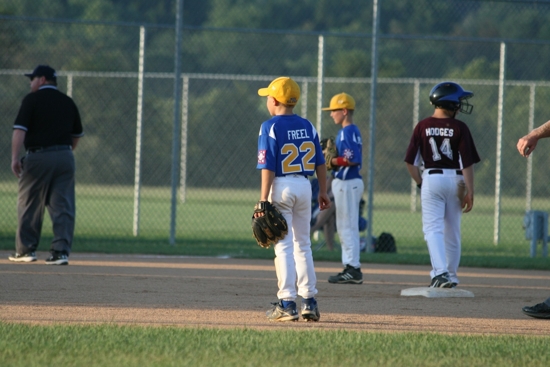 IF Matt Freel and Cole Epperley 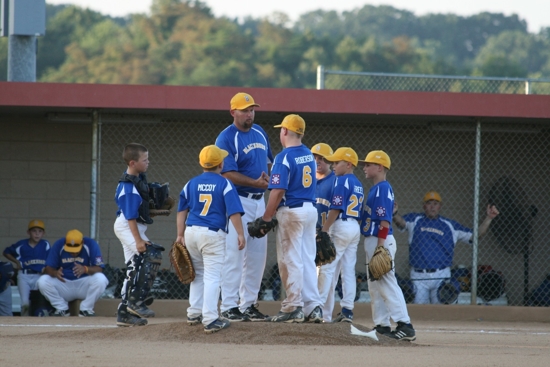 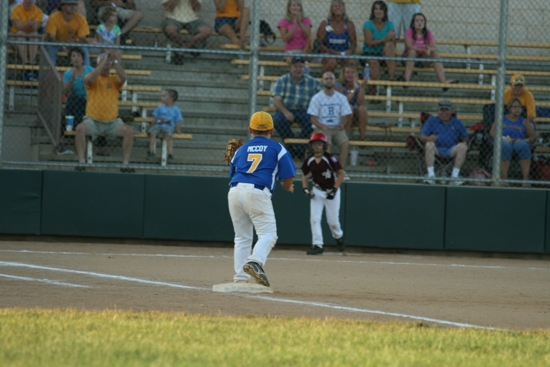 1B Wes McCoy fields a big out 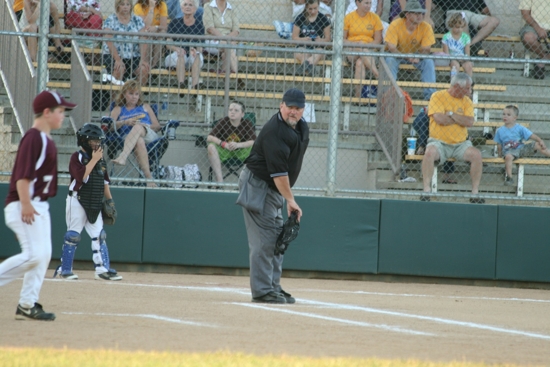 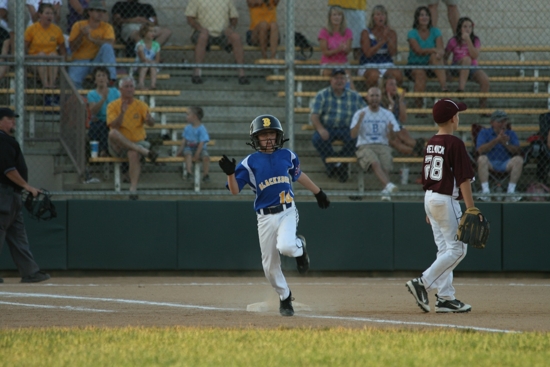 Christian Vance reaches 1B on a hit 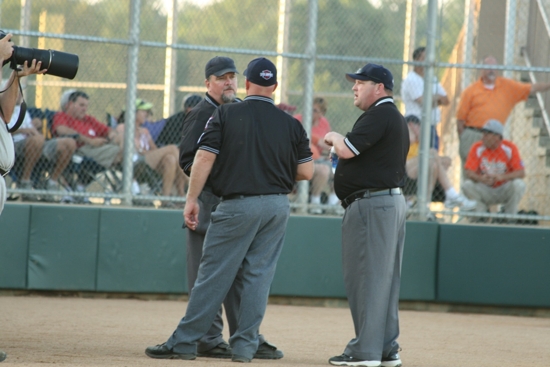 "Shorty" meets with his crew 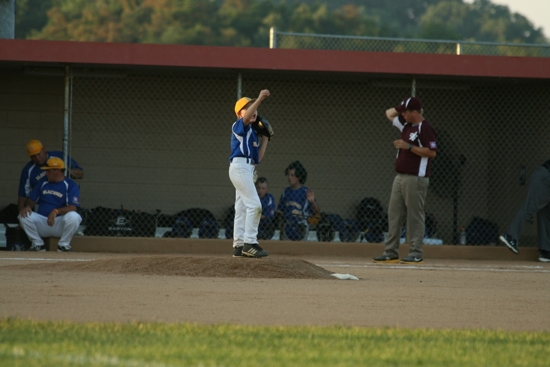 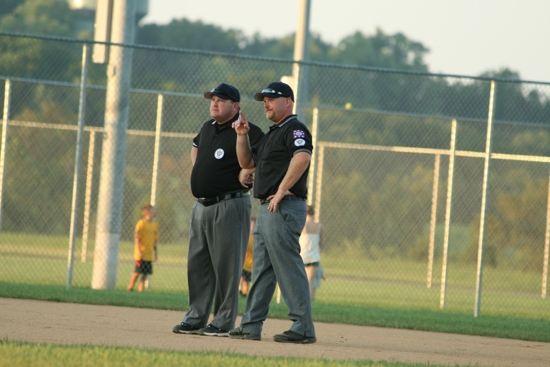 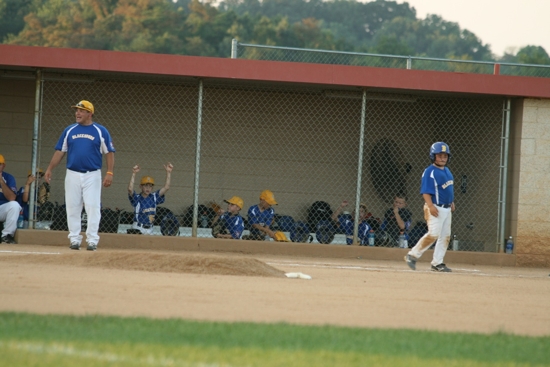 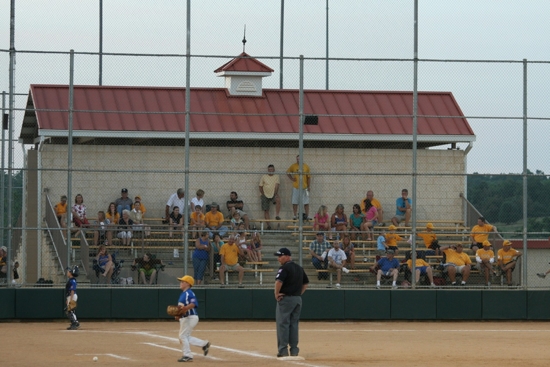 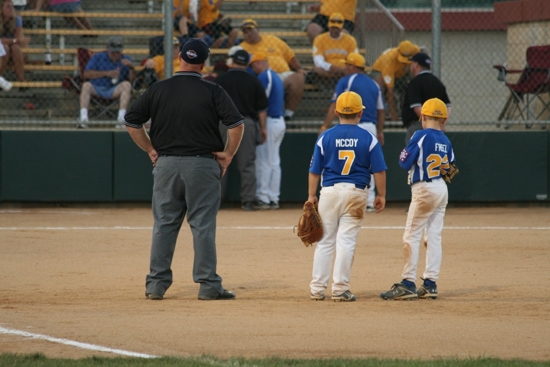 Game Delay due to improper substitution 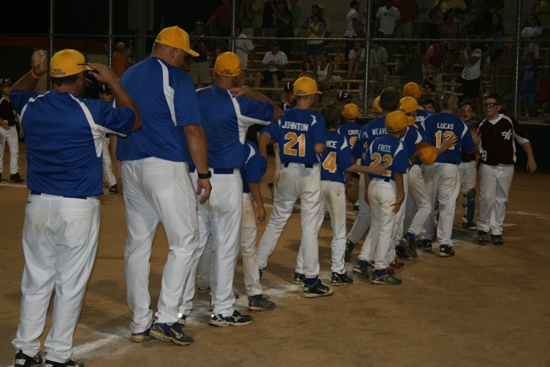 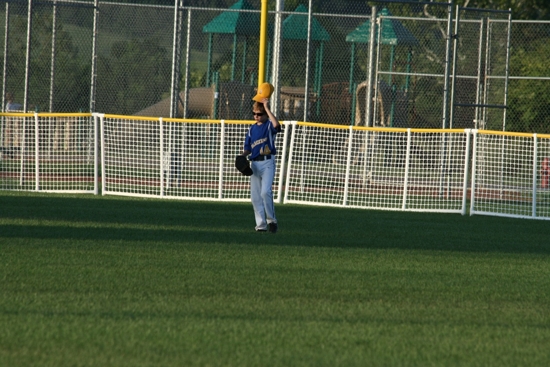 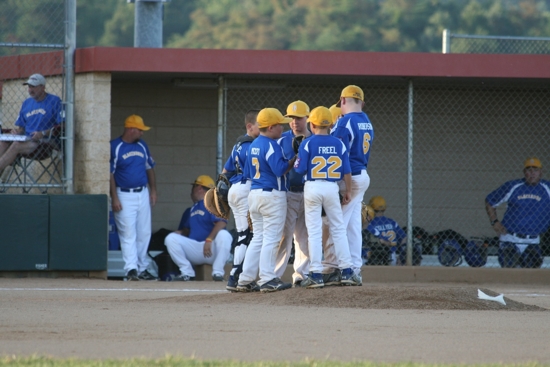 Team Blacksburg meets at the mound 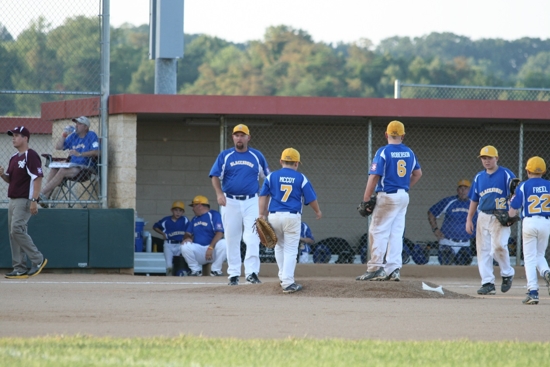 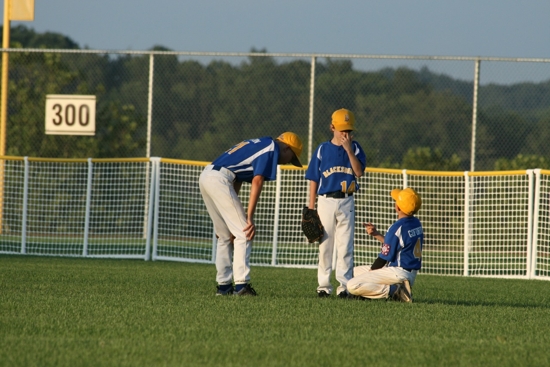 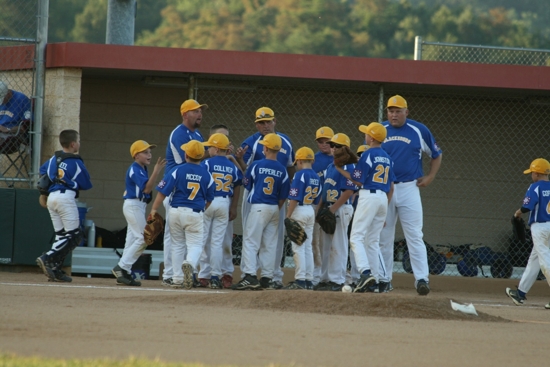 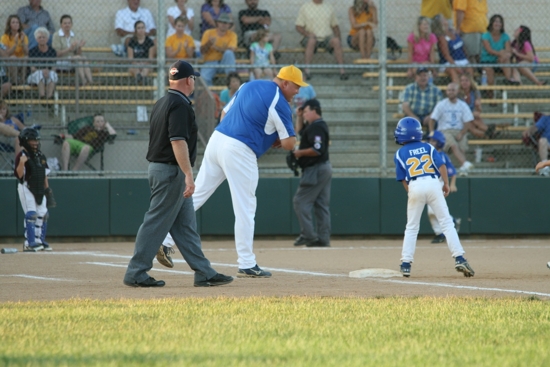 First Base Coach Mike Freel Congratulates his son, Matt on a big hit 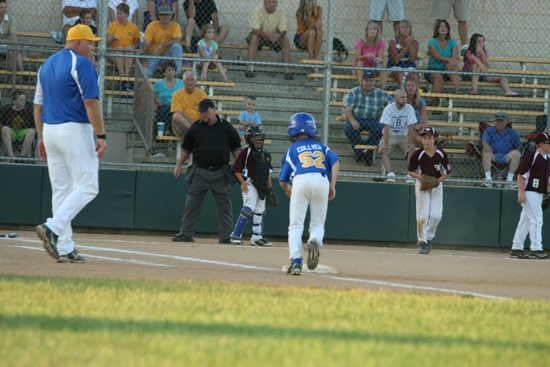 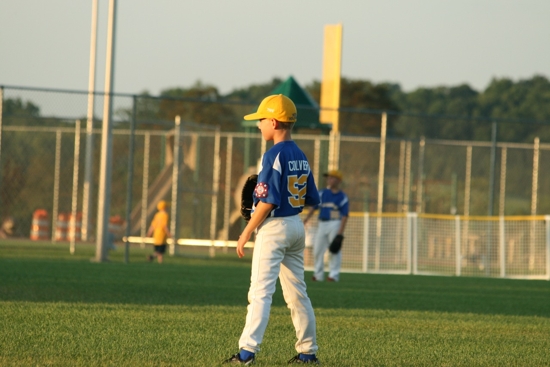 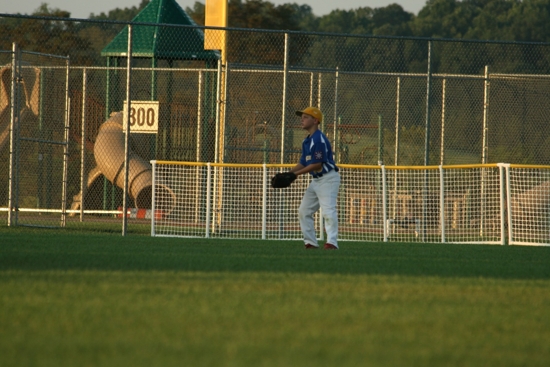 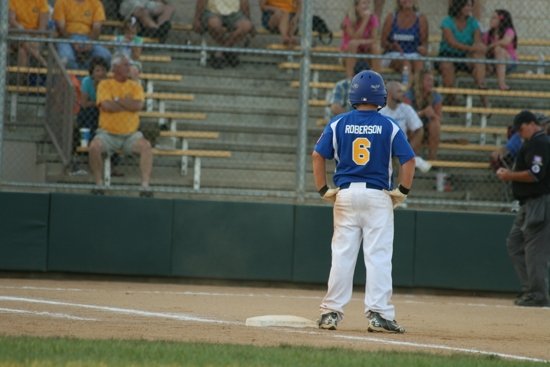 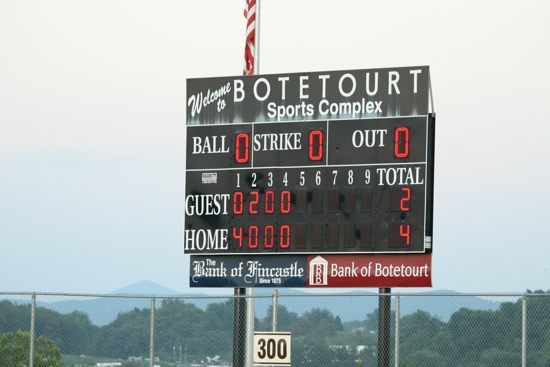 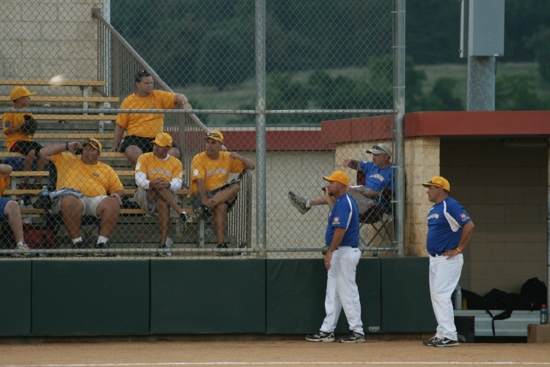 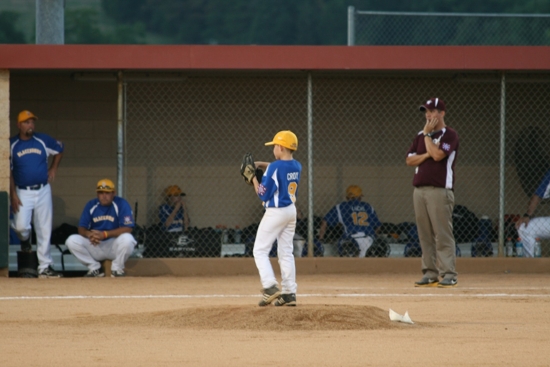 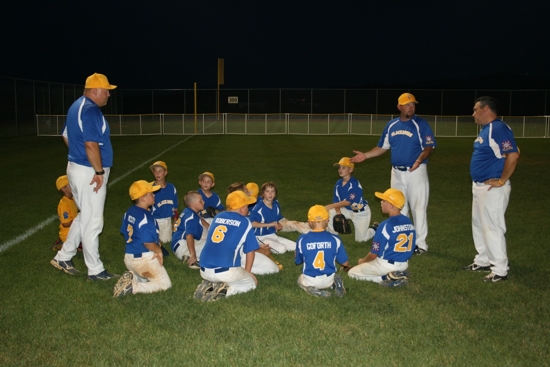 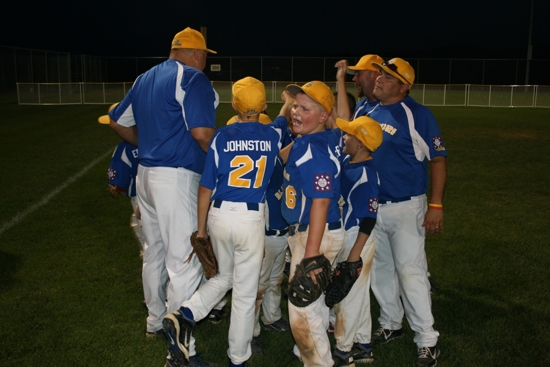