Grant Johnston pitched the first 3 1/3 innings, striking out 3, surrendering just 2 hits, and only one run.

Blacksburg would strike first, scoring one run in the bottom of the first.  Ben Freel singled, and stole second.  Then, Cole Epperley singled to score him from second base.

Blacksburg would score again in the bottom of the 3rd.   Christian Vance led off with a walk, Colin Collver reached first on a FC.  Luke Goforth and Ben Freel both drew walks, loading the bases.  Collver then scored on a passed ball by hustling home.

Christiansburg picked up their lone run in the top of the 4th, making the score 2-1.

Luke Goforth came into pitch in the top of the 4th with one out and runners at 1st and 2nd.  A passed ball moved runners to 2nd and 3rd, so the Blacksburg coaches intentionally walked the next batter to load the bases.  Goforth then struck out the next two batters to stop any potential Christiansburg rally.

In the 5th inning, Goforth got off to tough start, walking first two batters, and then recovered sharply. He then got Christiansburg to hit into a FC, a line out, and ground out to hold the Demons scoreless.

In the top of the 6th, Goforth struck out the first two batters, and then got the 3rd batter to ground out to the pitcher to end the game.

With the win, Blacksburg claims the District 3 Championship and advances to the Virginia State Tournament. 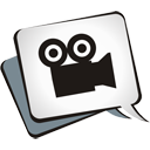