Madison Heights scored both of their runs in the top of the 1st inning to quickly go ahead 2-0.

Blacksburg scored their run in the 4th.  With one out, Jacob Nottingham drew what would be a rare walk in the game. Bryce Nicolau then singled, moving Nottingham to 3rd.  Adam Linkous hit a deep fly sacrifice to score Notthingham from 3rd.

In two different innings, Blacksburg would have a lead off double, but could not score, leaving the runner stranded at 3rd base.  In the bottom of the 3rd inning,  Grayson Shelton led off with a double, stole third, but was left stranded on 3rd after three straight outs.

In the 5th inning, Jake Verniel led off with a double, and stole 3rd, but excellent pitching by Madison Heights Laine Cunningham retired the side with three straight strike outs to end the inning.

In the bottom of the sixth with two outs, Bryce Nicolau hit a double, and advanced to third on a throwing error from the outfield.  He was left stranded at 3rd, however, to end the game.

Offensively, Blacksburg was led by Bryce Nicolau who was 3/3 with a double and two singles.  Jake Verniel and Grayson Shelton each added a double.

This was Blacksburg's seventh appearance in the Dixie Youth State Tournament. 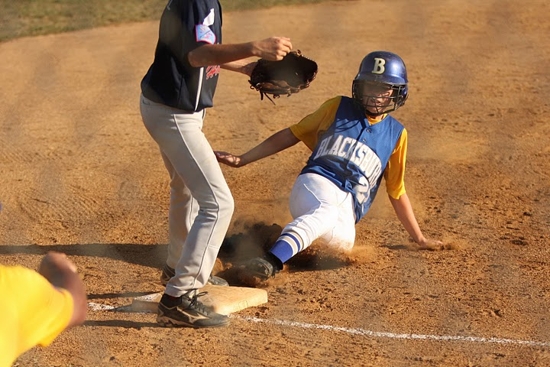 Grayson Shelton steals 3rd after a hitting a double 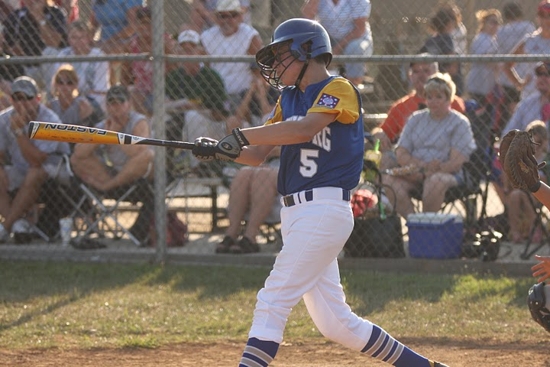 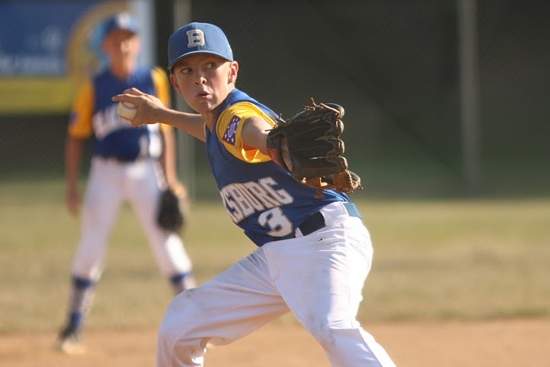 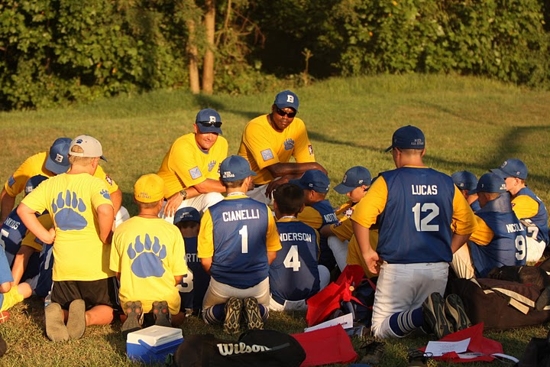 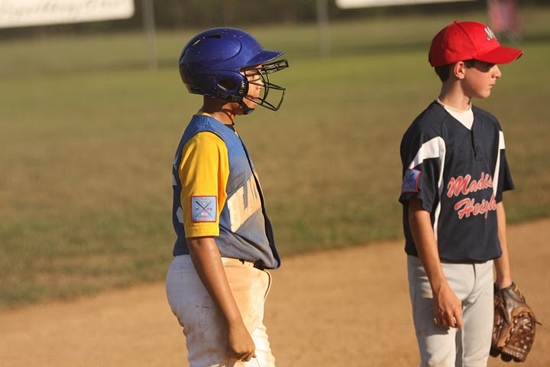 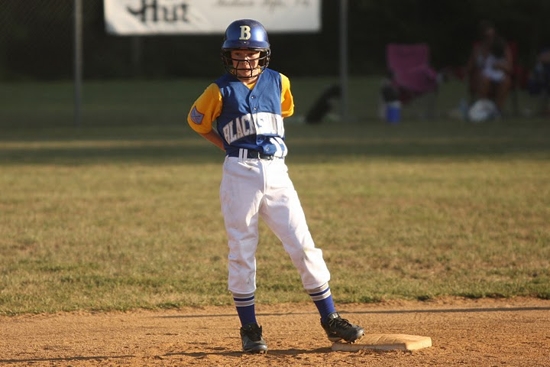 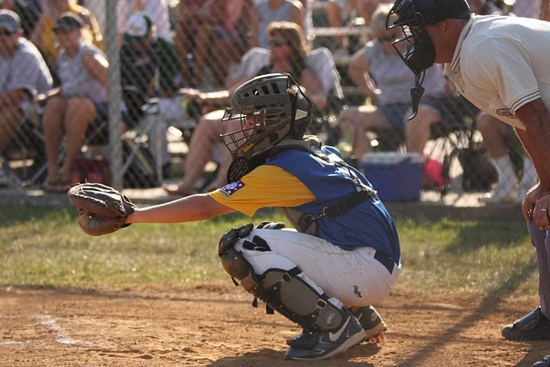