Rustburg wasted little time in scoring, putting up three runs in the bottom of the 1st inning, to the delight of over 300 Rustburg fans who were present. The inning was highlighted by a two run home run that got things going for Rustburg.

The Bruins fought back in the 6th, scoring all three of it's runs.  Jack Madigan led off with a walk, then stole second and third.  Hal Hughes then drew a walk and stole second.  Andrew Roberson hit a sacrifice ground ball to score Madigan. Grayson Shelton hit a long single to score Hughes.  Ethan Goforth then hit a double to score Shelton.

Jack Madigan, Grayson Shelton, and Ethan Goforth had the only hits for Blacksburg.

With the loss, Blacksburg drops down into the losers bracket and now faces Madison Heights in the final four of the State Tournament @ 6pm on Monday.   The top two teams from the Virginia State Tournament earn berths into the Dixie Youth World Series in Lexington, South Carolina. 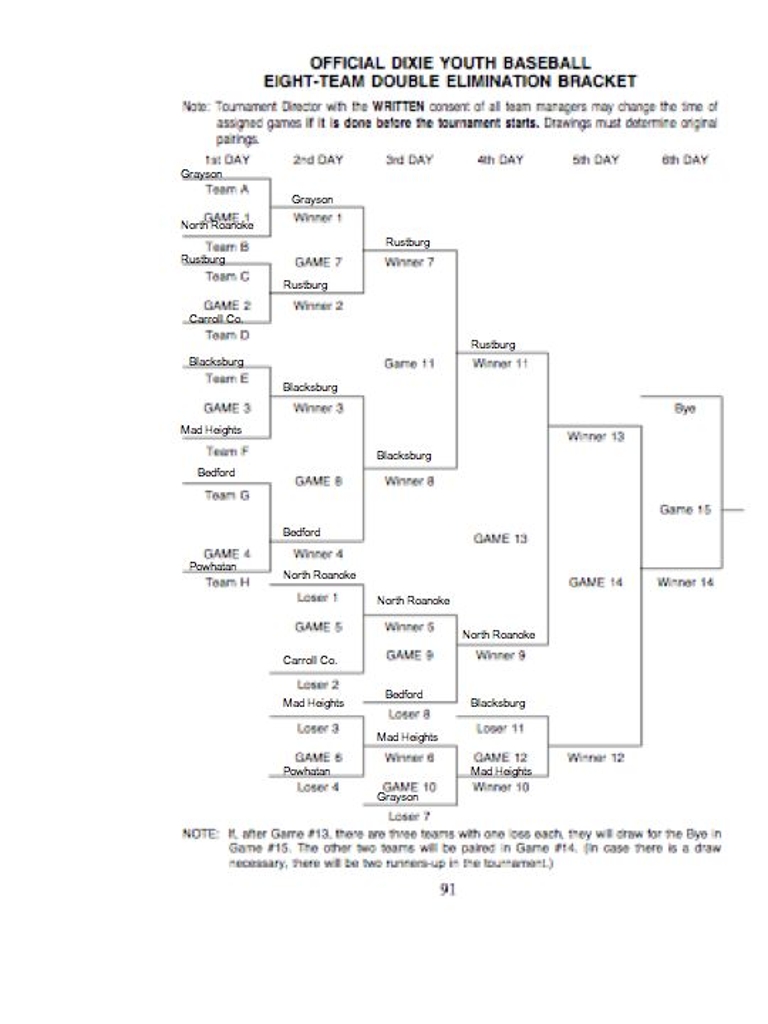