In front of several hundred Madison Heights fans, the Blacksburg O-Zone team beat the host team 12-6 in the opening round of the State Tournament.

The game was late starting as Bedford East muscled past Powhatan in 8 innings in the previous game.  The wait didn't seen to affect Blacksburg much.  After holding Madison Heights scoreless in the top of the first, the Bruin bats got things started quickly.  Ethan Goforth led off with a single, followed by a Jacob Nottingham single.  Bryce Nicolau then singled, which scored Goforth.  Adam Linkous reached base on a fielders choice and Jack Madigan followed with a single to score Nicolau. Hal Hughes had a RBI fielder's choice to score Linkous.  After one inning, Blacksburg led 3-0.

In the bottom of the 2nd inning, Grayson Shelton led off with a single, but did score as the Bruins recorded three consecutive outs.

Madison Heights scored their first run in the top of the 3rd, making the score 3-1.

In the top of the 4th, Madison Heights added two more runs to make the score 7-3.

Madison Heights would not go away easily as they picked up three more runs in the 5th to pull within four runs at 10-6.

However, the Bruins bats responded again in the bottom half of the inning.  With two outs, Nottingham reached via a single with his fourth hit of the night, and then Nicolau hit a 3-0 count home run to make the score 12-6.

Hal Hughes held Madison Heights scoreless in the top of the 6th to preserve the win.

Blacksburg advances to play Bedford @ 7:30 on Saturday @ the Madison Heights Dixie Complex.  Grayson, Bedford, Blacksburg, and Rustburg, were all first round winners. 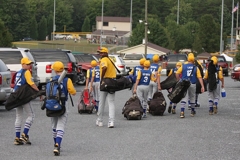 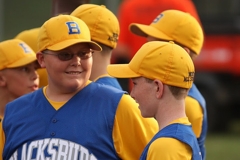 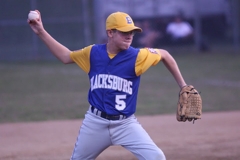 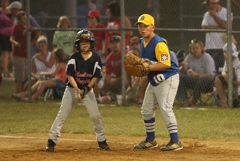 Andrew Roberson holds a runner at 1B 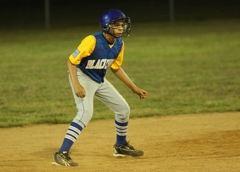 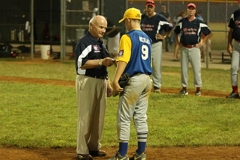 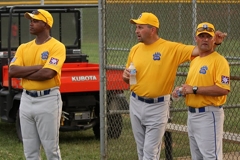 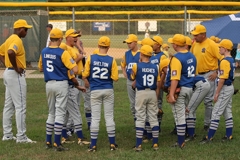 Coach Goforth talks to his team 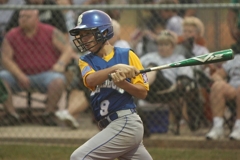 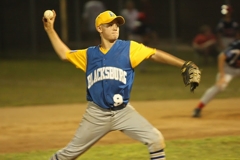 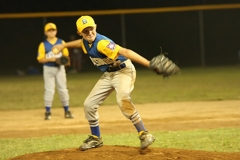 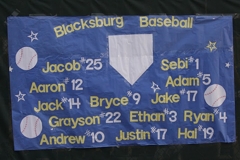 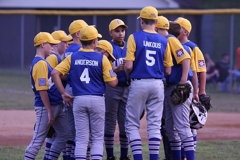 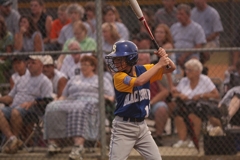 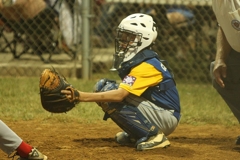 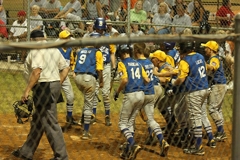