Bruins rally from behind yet again

The Blacksburg Minors have made a habit of rallying from behind in this year's district Tournament and probably should be nicknamed the "cardiac kids."  Tuesday would be no different as the Bruins would rally from a five run deficit to beat Christiansburg 10-7.

After 1.5 innings, Blacksburg trailed 0-5.  In the bottom of the 2nd, the Bruins scored five runs to tie the game.  The rally started with a single by Jacob Lucas, and a walk by Hunter Radford.  After an out, the next five batters reached base highlighted by RBI singles by Grant Johnston, Tiquest Terry, and Jared Madigan.  Christiansburg made several nice defensive plays to hold the Bruins to just five runs.

In the top of the 3rd, the Blue Demons scored two more runs to re-take the lead 7-5.  Blacksburg kept pace in the bottom half of the inning after Dom Hughes and Lucas were driven in by Radford.

Christiansburg was held scoreless the rest of the way on strong pitching by Cordell Croy, and excellent defensive support in the field.

Ben Freel singled in the bottom of the 4th to start a two out rally, and was later driven in by Hughes for the go ahead run. Blacksburg added two more runs in the top of the fifth.  Craig Weaver started the inning by drawing a walk, and Madigan reached via an error.  Terry would pitch run for Weaver and both Terry and Madigan would score on a deep fly ball sacrifice by Freel.

Offensively, Blacksburg was led by Jared Madigan and Davis Roberson, who both had two hits.   Ben Freel and Hunter Radford both had two RBIs.

Blacksburg advances to play Radford tonight, who beat Pulaski East 5-4 in the night cap.  The winner of tonight's game plays Pulaski in the Championship game on Thursday.

Since three teams all have one loss, there was a drawing after the Radford / Pulaski game, and Pulaski drew the bye. According to official Dixie rules, there will be two official tournament runner ups. 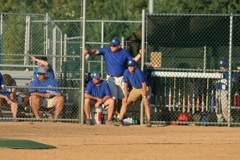 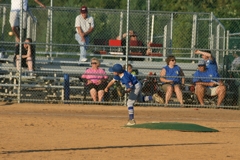 Cordell Croy fires to the plate 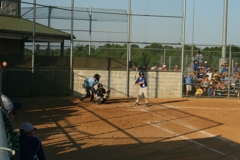 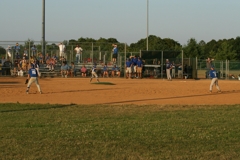 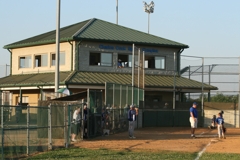 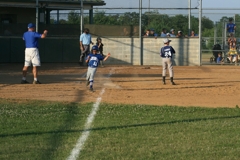 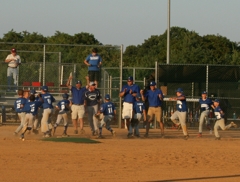 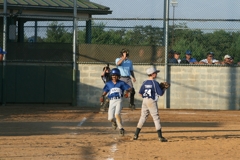 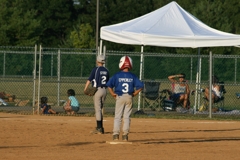 Cole Epperley waits for play to resume from 2nd base 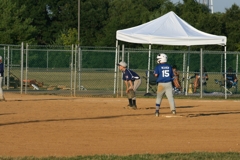 Craig Weaver on 2nd base 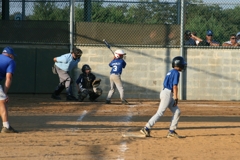 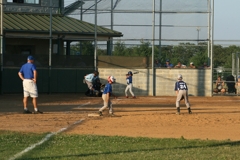 Ben Freel at the plate 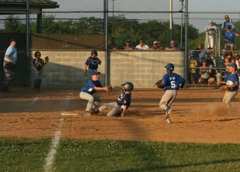 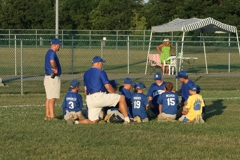 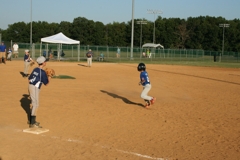 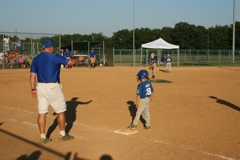 Dom Hughes on 1st base 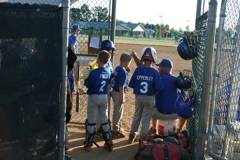 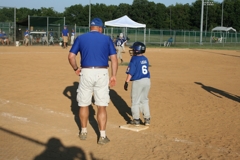 Jacob Lucas on 1B 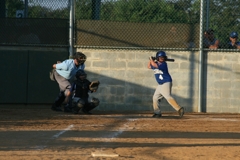 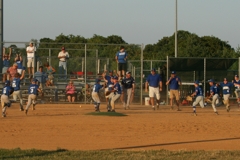