Blacksburg finished the regular season with a record of 10-3, and was one of 32 teams from around the country and Canada that qualified for the 2008 NABF High School World Series Tournament. The tournament was held July 24-27, in Lynchburg, Virginia, at the Hillcats Stadium. Several initial rounds were held at nearby college stadiums, and high school fields.

Each team that Blacksburg played against consisted of players selected from a number of high schools. However the Virginia NABF Directors and bylaws mandate that teams must be school-based. Despite this disadvantage, Blacksburg competed well, advancing a couple of rounds and making it to the third day, before being eliminated with a final record of 2-4.

Cody Huff gave up only 3 scattered hits, and struck out 5 while walking 6 in the tough 2-1 loss to the Hitmen. Ricky Sowers threw a no-hitter for 6 and two-third innings before surrendering the only hit, a single, to the Long Island Titans. Sowers finished the 3-0 win. Huff and Nick Sburlati combined to hold the Satchel Paige All-Stars to a 6-hit game in the 6-4 win for Blacksburg. Hit leaders for Blacksburg were Trevor Bennett, Vinny Oddo, Michael Simonetti, and Ricky Sowers, each with 3 hits against the strong tournament pitching. Steven Ball had 2 hits in 10 official at-bats, and drew a team-leading 8 walks for an on-base percentage of .500. Owen Ball was 1-2 with a walk.

Simonetti had 18 assists at 2B during the tournament, with no errors. Oddo notched 11 outfield putouts in the tournament. Adam Brauns and Curtis Galbraith contributed with solid outfield play, and running snags on deep drives in left and right field during the win over the Satchel Paige All-Stars. Justin Bishop had 4 assists and 3 putouts at SS to keep alive the 1-hit pitching performance by Sowers against the Titans. In what was probably the defensive gem of the tournament, Steven Ball corralled a drag bunt between the pitcher's mound and first base, tagged the diving Hitmen batter at first, and wheeled to throw a bullet to home, where Bennett blocked the plate and tagged out a sliding runner, keeping the Bruins in the close game during the seventh inning against the New Jersey team. 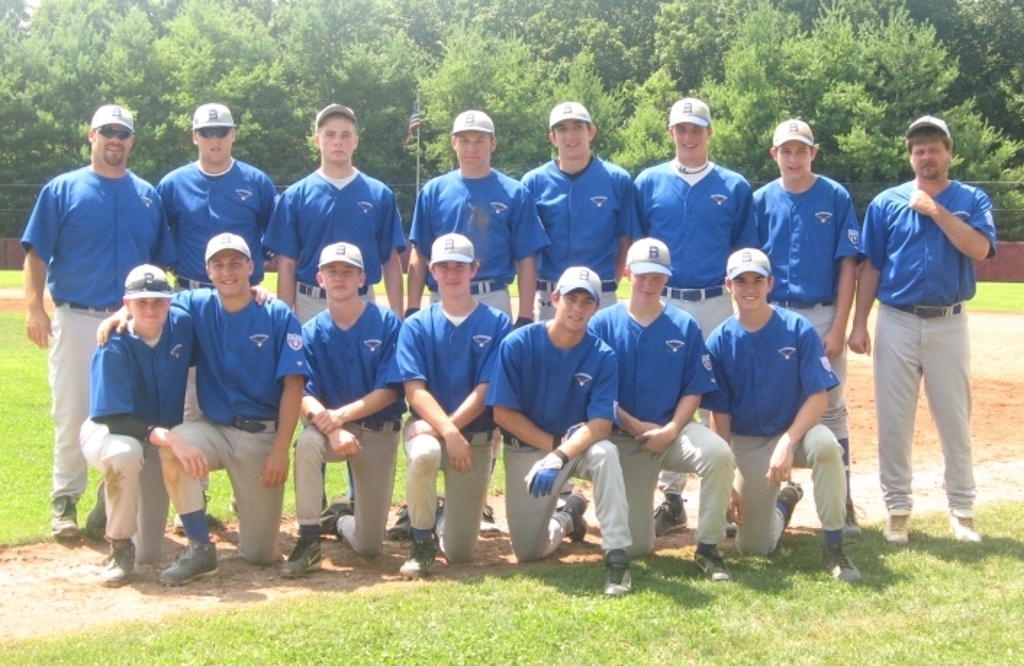