Minors All-Star Team is Runner Up in Virginia State Championship

July 20, 2005, South Boston, Virginia - The Blacksburg Minors 9-10 year old Dixie Youth All-Star team finished one step short of the Dixie Youth World Series losing 7-6 in eight innings to Madison Heights American in the final game Wednesday night in South Boston. Madison Heights scored two runs in the bottom half of the sixth inning, after two were out to tie the game and send it into extra innings. Both teams were held scoreless in the seventh inning and after getting the first two batters on in the eighth, Blacksburg again went scoreless. In the home half of the eighth inning, Chris Grubbs had a run scoring single to win the game for Madison Heights and to end a storybook post season for Blacksburg.

Blacksburg had advanced to the Championship game by beating Vinton National 8-7 in the opening round of the Virginia State Tournament on Friday afternoon. After falling to Madison Heights 7-4 in second round action on Saturday night, the Blacksburg team won two tough games in the losers bracket, 10-4 against Halifax County South on Sunday and a 5-4 come from behind victory over Blackstone on Monday, in a game that saw Blacksburg erase a 4-0 deficit in the bottom of the sixth and win the game with a single run in the seventh. After Madison Heights lost on Monday night to Vinton National, three teams were left with one loss in the tournament. Luck was on Blacksburg's side as they drew a bye into Wednesday night's Championship game to face the winner of Madison Heights and Vinton National. Madison Heights was able to come from behind against Vinton National on Tuesday night winning 5-3, setting up the showdown against Blacksburg for a trip to Auburn, Alabama for the Dixie Youth World Series.

Blacksburg got off to a quick start in the Championship game, which they never trailed until the final run scored. Michael Wolfert and Todd Dunbar scored by stealing home in the first inning on wild pitches to give Blacksburg a 2-0 lead after one inning. Blacksburg led 2-1 going into the third inning, when Colin Ball hit a two out double to score Connor Schroeder and Wolfert giving Blacksburg a 4-1 lead. Madison Heights scored one run in the bottom of the third inning to make the score 4-2. In the top half of the fifth inning, Blacksburg extended their lead with run scoring hits from Aidan Ball and Colin Ball to take a 6-2 lead. Madison Heights matched Blacksburg in their half of the fifth inning scoring two runs to make the score 6-4 with Blacksburg leading to set up the exciting end to the game. Alex Shimozono, who had been credited with two of Blacksburg's wins earlier in the tournament pitched five strong innings but was unable to complete the game due to tournament inning restrictions. Colin Ball was the leading hitter in the Championship game for Blacksburg going 2-3 with 3 RBI, and Todd Dunbar, who had the only home run of the tournament in the victory over Halifax County South, was 2-4 in the Championship game.

Every boy on the team - Aidan Ball, Colin Ball, Tyler Barry, Gabriel Dascanio, Todd Dunbar, John Herrington, Dylan McMahan, Cody Minnix, Tyler Remison, Connor Schroeder, Alex Shimozono, Michael Wolfert, Cal Wontrop - made significant contributions to help the team advance to 2nd in the state tournament. This was the first time a team from the Blacksburg Baseball Association had advanced to the final game in the State Tournament after two previous trips ended in semi-final games in the State Tournament. 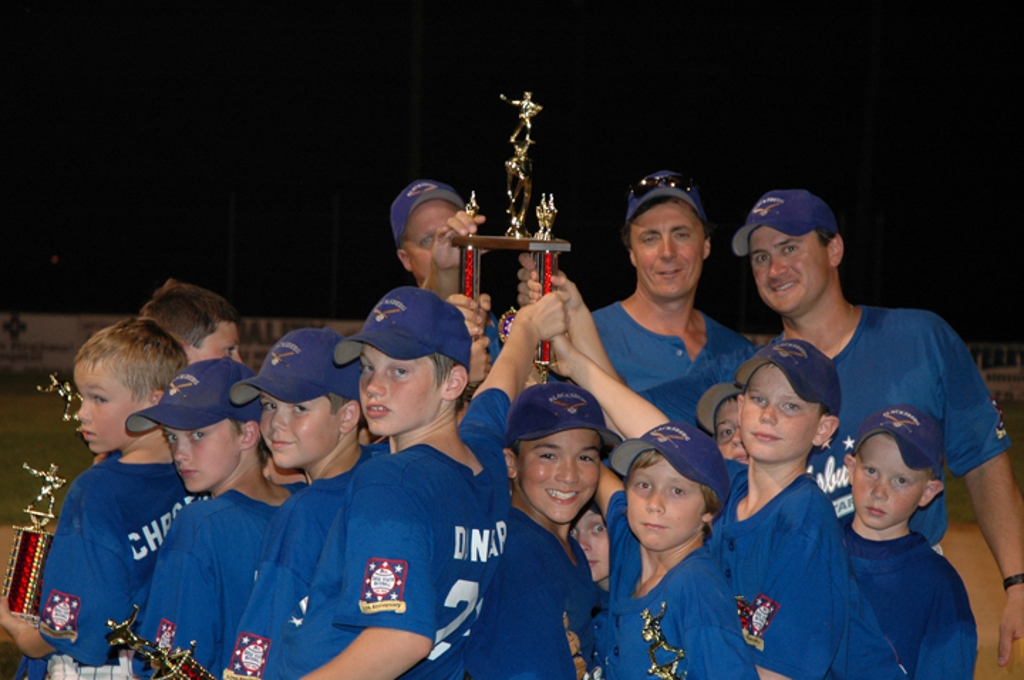 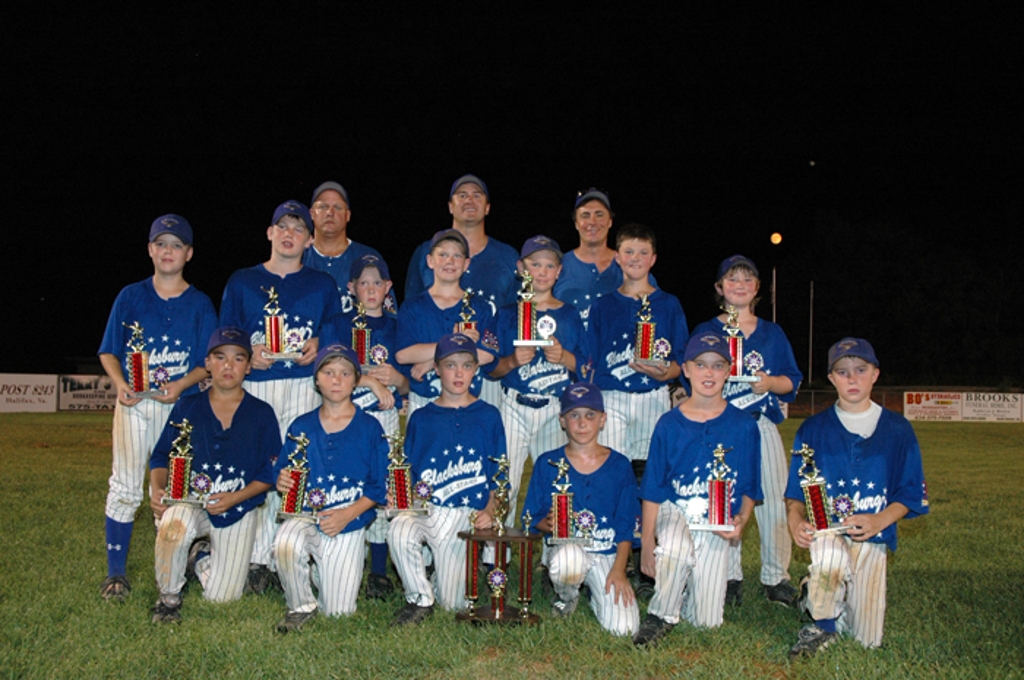