Majors All-Star Team is Runner Up in District Championship

July 11, 2005, Patrick Springs, Patrick County, Virginia - The Blacksburg Majors 11-12 year old team played 5 games in 5 days, finishing as runners-up of the District 3 tournament, held in Patrick Springs, VA. In the opening round, Blacksburg beat Pulaski 8-6, pounding out 11 hits. Cole Sinclair, Charles Ritchie, and Ryan Wall each had 2 hits. Richie had 3 RBI and Stephen Duetsch was the winning pitcher. In the second round, Blacksburg defeated Radford 15-3. Owen Ball was 3 for 3, while Ryan Wall, Cameron Hamden, and Charles Ritchie each had 2 hits. Ryan Wall had 4 RBI and Cameron Hamden had 3 RBI. Ryan Wall was the winning pitcher in middle relief.

In the finals of the winners bracket, Blacksburg was beaten 4-0 by Patrick County in a contest between two 70+ mph fastballers, Charles Ritchie for Blacksburg, and left handed Bryce Hubbard for Patrick County. Each pitched a 6 inning complete game. Hubbard threw a one hitter, with Ritchie getting the lone Blacksburg hit, a double. In the loss, Chuck Ritchie struck out 8 and allowed just 6 hits.

Dropping down into the losers bracket, Blacksburg then faced Christiansburg and won 6-4 with 10 hits. Ryan Wall had 2 hits. Taylor Sigmund pitched four great innings before setting up Cody Huff for the win, who also pitched well for the last two innings of the game. In the championship game, Patrick beat Blacksburg again, this time 14-2. Both teams re-matched their pitching aces, Ritchie and Hubbard. Patrick came out strong scoring 3 runs in the top of the first inning and added 1 more in the third. The score was 4-0 after four innings. Blacksburg rallied with two runs, but ran out of pitching eligibility and Patrick County scored 10 runs in the last two innings. Winning pitcher Bryce Hubbard allowed just 4 hits, hit two home runs late in the game, including a grand slam, and had 7 RBI. He pitched a 6 inning complete game. All 12 of his innings pitched in the tournament were against Blacksburg. Patrick County advances to the State tournament in Rustburg, VA. Last year, the same Patrick team, while at the Minors level, won the District and State Tournament, and represented the State of Virginia in the Dixie Youth World Series in the Minors division. They compiled a 14-3 record in post season all-star play.

District 3 consists of teams from Blacksburg, Christiansburg, Radford, Montgomery County, Pulaski, and Patrick County. Christiansburg finished third in the tournament and was the recipient of the Sportsmanship Trophy. 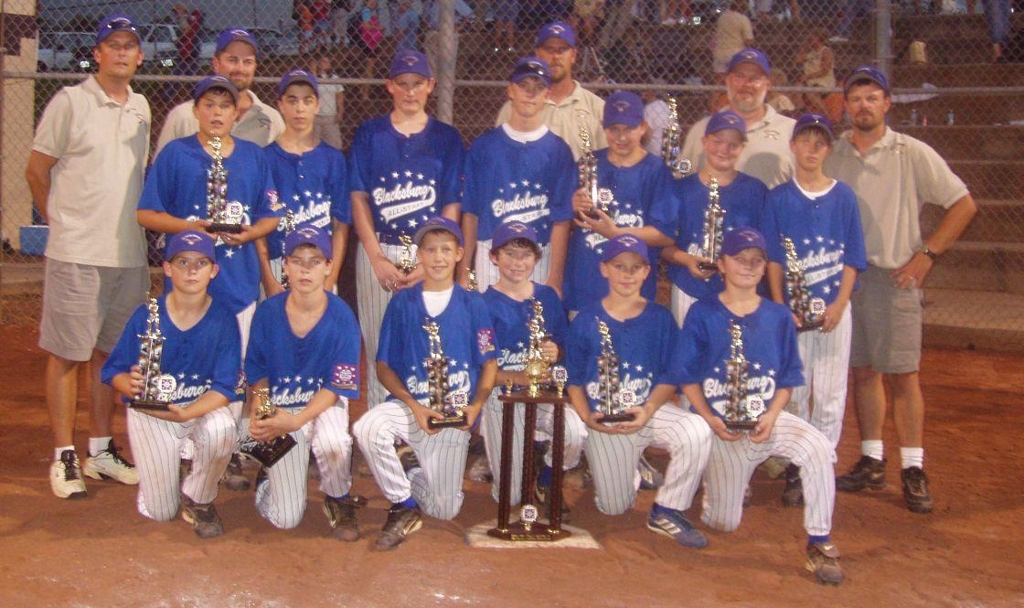