Caden Croy could feel the difference.

Ethan Goforth thought it would be cool.

"To have people with long hair cut it," he said, "it shows their commitment."

The dozen players of the Blacksburg 9- and 10-year-old Dixie Youth All Stars shaved their heads in recent tournament competition to show team unity.

Only a few did it, at first. But they kept on winning. So, everyone got the clipper.

Even Andrew Guy. However, not all the way.

The All Stars (9-1) are the first Blacksburg team to advance to the Dixie Youth AAA World Series. They beat Salem on Saturday to win the state championship and will play Alabama on Monday.

The All Stars' coaches attribute the team's winning ways to a strong work ethic and team camaraderie.

During practice, players regularly scoop up about 250 ground balls and hit about 100 times in the batting nets, said Chris Lucas, one of the team's assistant coaches.

"That's why they don't strike out," said Jeff Wall, an assistant coach. "They put the ball in play and that's the game."

Goforth, who tied the state record with a .750 batting average this season, suggested shaving his head before district play with a couple of other players, such as Thomas and Hal Hughes.

Not everyone was excited about the idea at first.

"I like my hair," said Croy, who likes to put on a quarter-size amount of gel each day. "I have a messy look."

But he's gotten used to his buzz cut.

Guy, on the other hand, sometimes forgets his hair is cut short.

He rubbed his forehead during the championship game on Saturday in an attempt to wipe the hair away from his eyes. But there was no hair there.

"It feels the same," said Eli Straw, who cut his hair the day before the state tournament. "It [also] feels good to be state champs."

He, too, has a clean-looking head.

"Mother nature's taken care of mine," he said. "They're tight. A good bunch of kids. I'm proud of every one of them."

Since all the players shaved their heads before the state championship game, Virginia Tech baseball head coach Pete Hughes, who has children on the team, offered up his head for motivation.

"He liked to say he looks like Robert DeNiro," said Vicki Wall, who brought the clippers Saturday. "Every kid got to take a swipe." 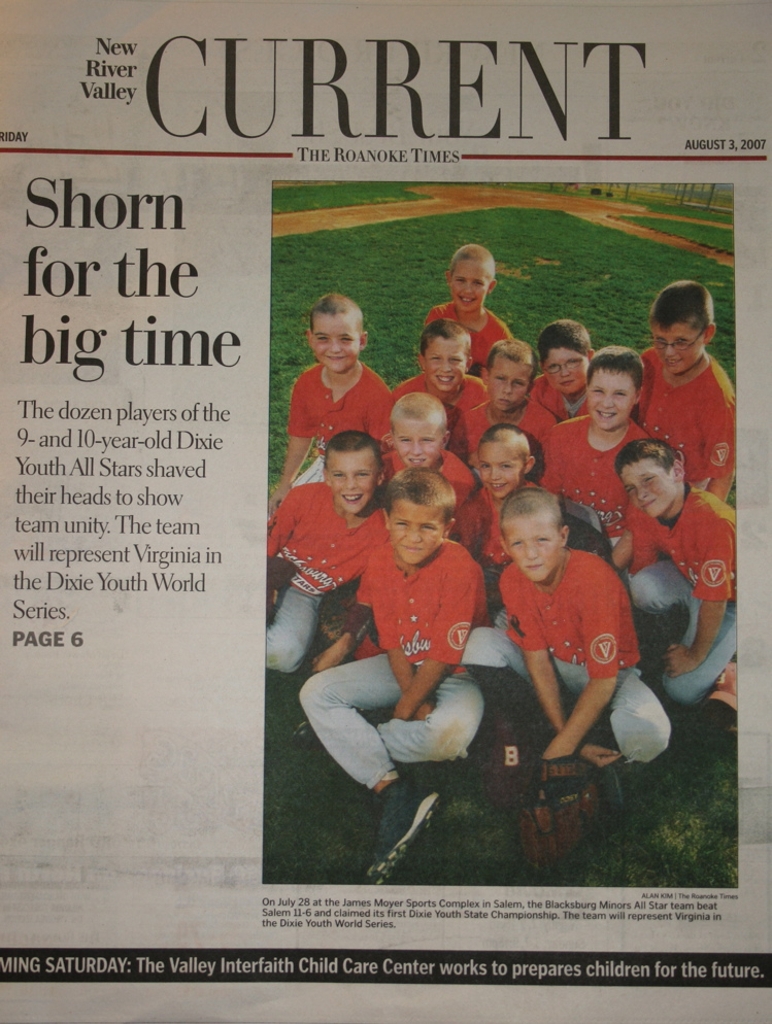 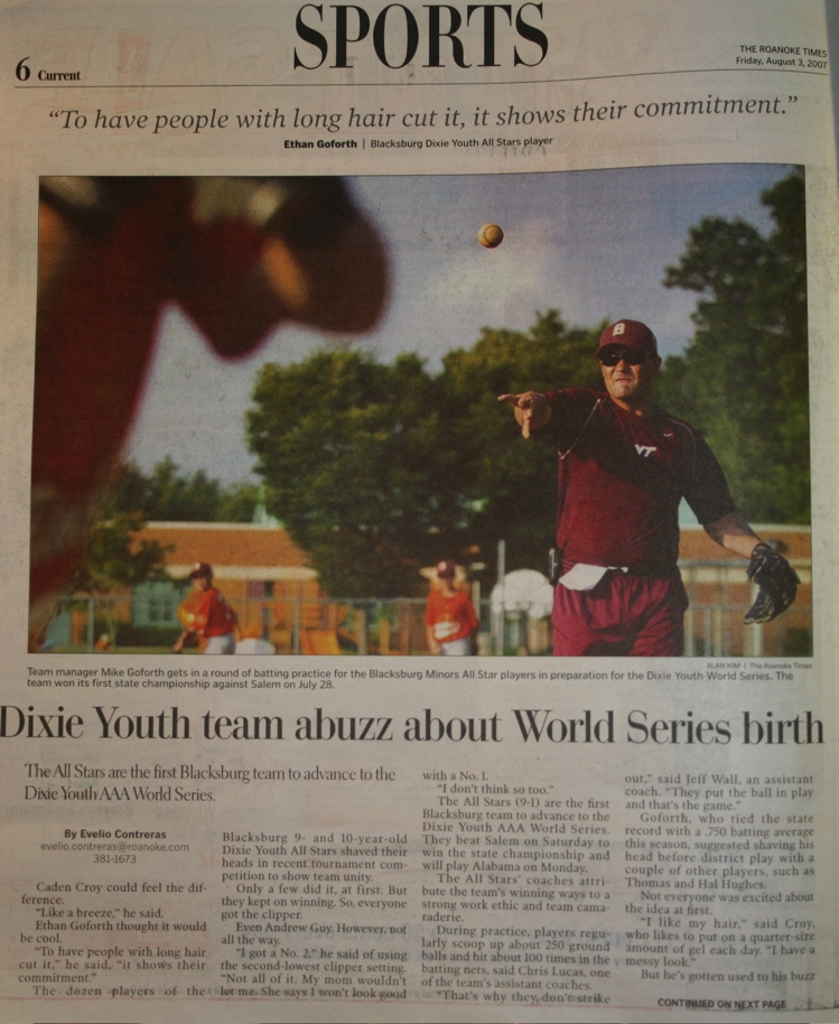 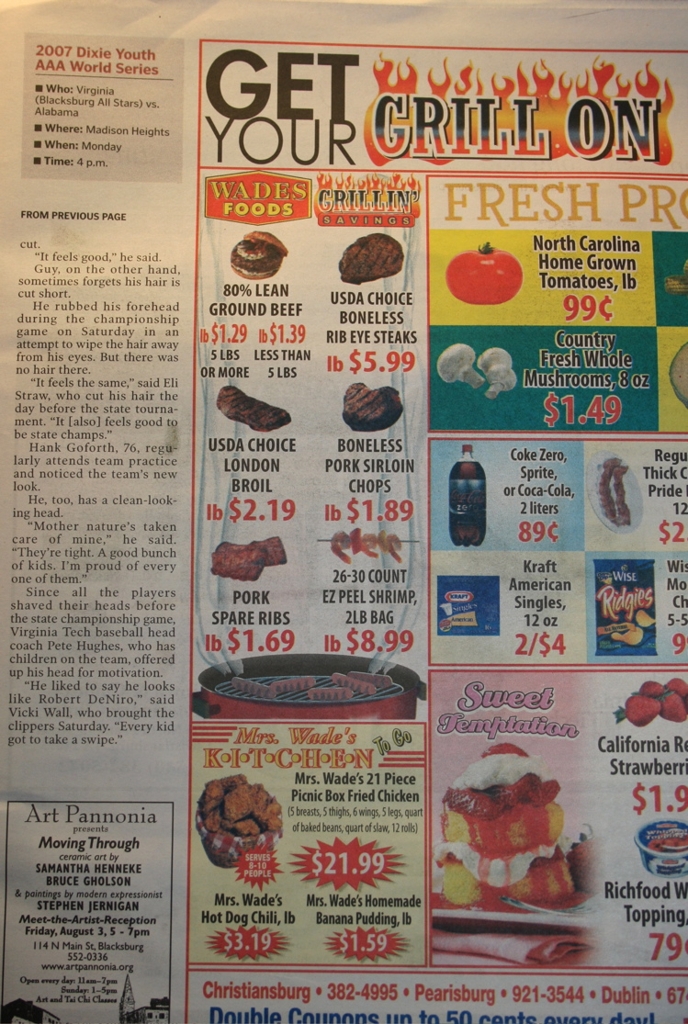