For the first time in District 3 history, an “All Tournament Team” was announced.  The new District Director, Don Gresh, implemented this new feature and a first and second team was selected to the "All Tournament Team."  Each team is made up of 10 players, consisting of:  (2) pitchers, (4) infielders, (3) outfielders, and (1) catcher, or a grand total of 10 players on each team, and 20 players overall on the "All Tournament Team."  This list will also be submitted to the Roanoke Times, the Southwest Times, and the News Messenger for publication.

Criteria for selection to the "All Tournament Team" was overall individual play, consisting of fielding, batting, and sportsmanship.  The team was selected by the umpires.

The All Tournament Team was announced following the championship game. Congratulations to those players who have worked hard to earn their spot on the all tournament team.

Special thanks to Pete Hughes Camps for sponsoring the awards. 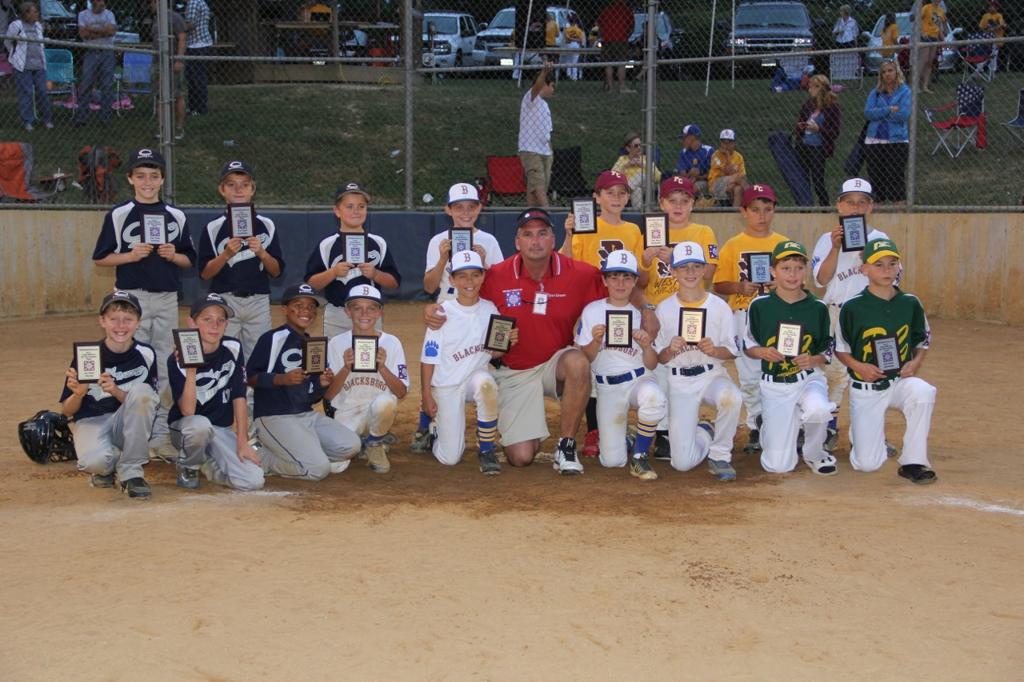