Blacksburg picked up two runs in the top of the first to pull ahead 2-0.  Jared Madigan led off with a single, moved himself around on an error and a passed ball.  Madigan scored on a single Nathan Stern.  Stern advanced to 2nd and then third on a wild pitch, and scored on a FC by Cole Epperley.

In the top of the 2nd, Blacksburg added six runs to go ahead 8-0.  Grant Johnston led off with a single, and scored on a deep hard hit single by Craig Weaver.  Davis Roberson hit a deep single to score Weaver.  Chris Wysocki, Jacob Lucas, Jared Madigan, and Nathan Stern all singled.

Radford picked up a run in the bottom of the 2nd.  Chance Morris singled, advanced to second on a balk, advanced to 3rd on FC.  Morris scored on a Blacksburg balk.

In the top of third, Cole Eopperly singled, but was forced a single on a single by Jared Wulburn.  Jared then stole seoond and advanced to home on a play at the plate on an error throw to the outfield by the Radford catcher.   The Bruins would lead 9-1 after the half inning.

In the bottom of the third, JW Bethea led off with a single, followed by Elijah Duncan to put runners at first and second with no outs.  After a FC, pitcher Grant Johnston got a second Radford player to hit into another FC.  Bethea would score on the play.  A third FC would would end the Radfod threat.

In the to of  the 4th, Blacksburg Davis Roberson would single with one out.  Dom Hughes and Jared Madigna would both walk to load the bases.  Wesley McCoy drew a RBI walk to score Roberson.  A bases loaded FC ended the threat to make

In the bottom of the 4th, Radford was held scoreless by pitcher Grant Johnston.

In the top of  the 5th, Jared Wilburn led off with a single, stole second, and advanced to third on a passed ball.  Grant Johnston reached via an error, and advanced to third on a single by Craig Weaver.   With a 1st and 3rd  situation, Weaver stole second to put runners at 2nd and 3rd.  Johnston would score on a passed ball.   Dom Hughes then bunted for a single.  Blacksburg ended their threat with two consecutive outs.

In the bottom of the 5th, Grant Johnston went three up and three down to end the game 12-2. 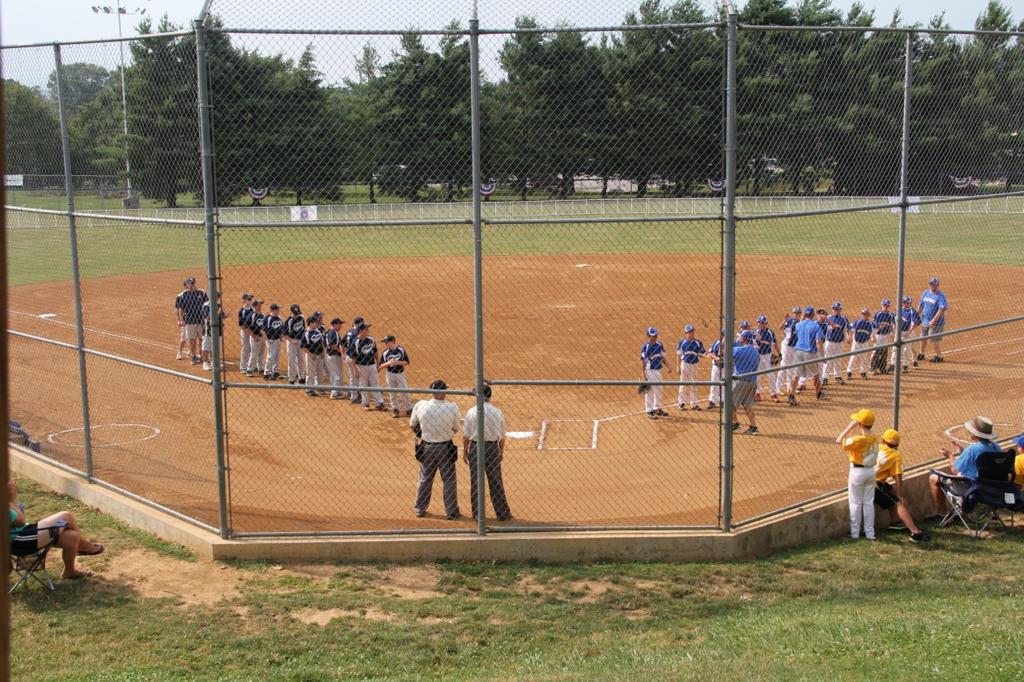 Radford and Blacksburg Are Introduced To the Crowd