Young Bruins now 3-1 on the season

Blacksburg rallied to beat Radford for the second time in a week to run their record to 3-1 on the season.

Radford jumped out to a 1-0 lead in the 2nd inning.  Luke Phillips reached on an error, moved to 2nd on a single by Deion Baylor, and the two of them advanced to 2nd and 3rdon a sac bunt by James Williams.  Eli Facemire scored Phillips on an infield single.  Radford extended their lead to 2-0 in the 3rd inning on a leadoff single by Drew Cox, one out walks to Hunter Marshall and Luke Phillips, and a sacrifice fly by Eli Facemire.

The young Bruins threatened in the 4th on a two out single by Ben Fraley followed by a double by Tyler Barry (1st BHS hits of the game) to put runners on 2nd and 3rd but they were stranded.  The Bruins tied the score in the 5th.  Casey Herman led off with a single and moved to second on a walk to Thomas Hughes.  Alex Pickrell laid down a sac bunt and the ball was thrown away at 3rd allowing Herman to score.  Colin Ball’s one out sac fly to right scored Hughes to tie the score at 2-2.

The Bruins took the lead in the 6th.  Ben Fraley led off with a double and scored on a double by Tyler Barry.  Barry moved to third on a sac bunt by Alex Shimozono and scored on Casey Herman’s infield grounder to take a 4-2 lead.

In the top of the 7th Joey Sutphin and Paul Parcell led off with singles, chasing starting pitcher Alex Shimozono who was relieved by Thomas Hughes.  Drew Cox followed with a bunt single to load the bases.  Anthony Miano singled to score Sutphin and Hunter Marshall singled to score Parcell to tie the game at 4-4.  With the bases loaded and no outs Hughes retired the next three batters to keep the score 4-4.

In the bottom of the seventh John Hamborsky drew a one out walk.  John Hinson’s infield single put runners on 1st and 2nd.  Ben Fraley grounded into a fielder’s choice, moving Hamborsky to 3rd and Fraley to 1st.  Tyler Barry followed with a two out game winning single on the first pitch to give the Bruins a 5-4 win.

Shimozono for BHS and Parcell for Radford both pitched 6 strong innings.  Hughes got the win in relief and Jones took the loss for the Bobcats.  Tyler Barry was 3 for 4 with 2 doubles and two rbi’s and Ben Fraley was 2 for 4 with a double.  Drew Cox was 3 for 4 for Radford.

Bruins coach Jim Shockely said, “I was proud of our effort today.  Early in the game we had so many balls we hit hard right at someone.  We had a lot of clutch at bats in the later innings and some big defensive plays when Radford had guys in scoring position.  It was a very good high school baseball game.”

With the win, the Bruins improve to 3-1 on the season.  They host Lord Boteutort on Friday for a non-confernce game. 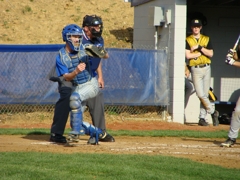 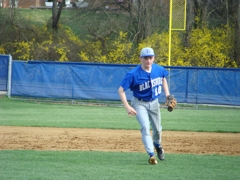 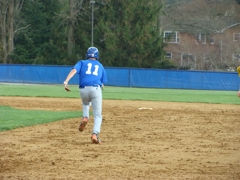 Thomas Hughes breaks for 2B 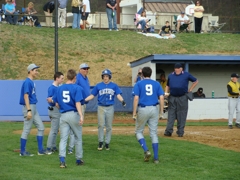 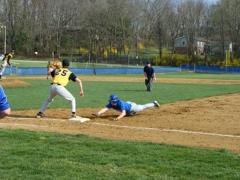 John Hamborsky successfully back to first 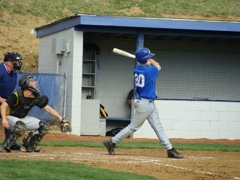 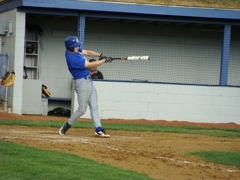 John Hamborsky gets a hit 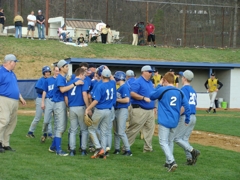 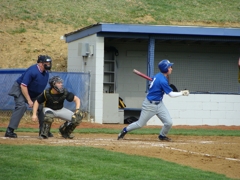 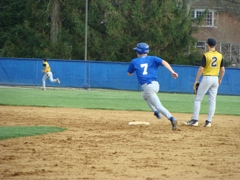 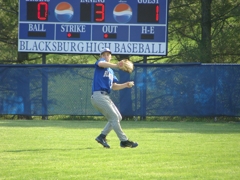